← back to
Breakz - DTC Records
Get fresh music recommendations delivered to your inbox every Friday.
We've updated our Terms of Use. You can review the changes here. 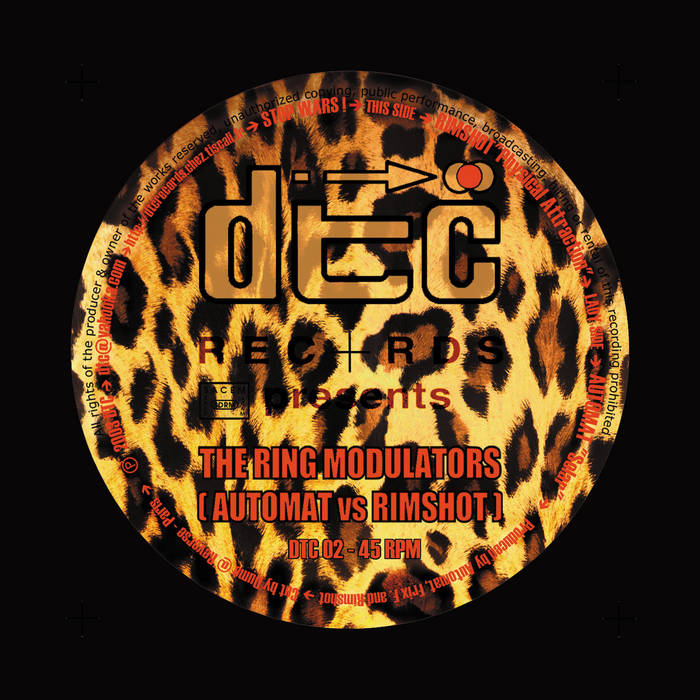 On the first track “solar”, you are taken by an ultra powerful (158) electro-tech mood with beats adapted to rave happenings and killer electro peaks. In the middle of the track, 80’s synths bring you to an interstellar dimension !!

On B, Rimshot and his “Physical Attraction” (139) bring out his drumming experience with a structured, club like, effective broken beat and a dark electro side that perfectly answers to the avalanche of cuts and dismantled breaks.

RIMSHOT first became a punk-rock drummer interested in electronic music and became LtNO's sample drummer. In 1999, he created Interlope with Dragongaz, a live-machine duo.
AUTOMAT started DJing in 1995, starting techno and rave, before moving towards an electro stripped, which draws as much from original electro, cold techno, acid house or sounds. ... more

Bandcamp Daily  your guide to the world of Bandcamp

Sampa The Great joins the show to discuss her release, "As Above, So Below".